With Macclesfield Harriers having the advantage of a home fixture in the fourth and final round of the Northern Athletics Track and Field league, it was hoped that a well attended competition would help cap off a very successful season against strong competition from East Cheshire primarily to see us finish as league winners, having secured victory in two of the previous three matches.
Despite taking place amid a spate of Covid isolation cases and several well deserved holidays for some of our regular competitors, Harriers once again stepped up in sufficient numbers to cover most events in a drive to put the overall score beyond the reach of any visiting team. Unusually, Macclesfield took an early lead in the match and thanks to the excellent work from Rob Finnis’ reassuring announcement updates, we pushed further ahead as the day progressed.
Some excellent performances on the day, notably Albert Bradshaw improving his own 100m P.B. and equalling the U17 mens club record with a very impressive 11.0 seconds and the ever-consistent Rebecca Dilworth who has remained unbeaten in the 800m in all four of the league matches this season, also improving on her own best 400m time on the day with 60.8 seconds. 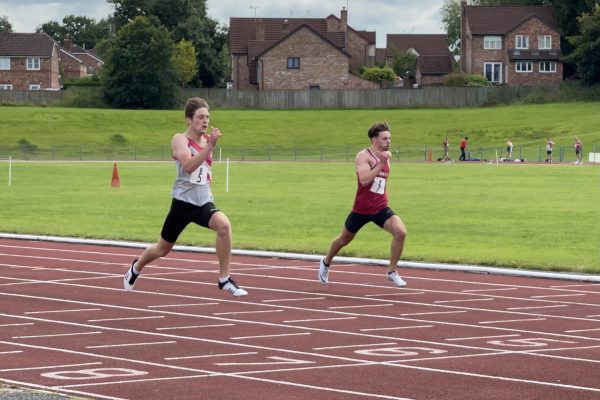 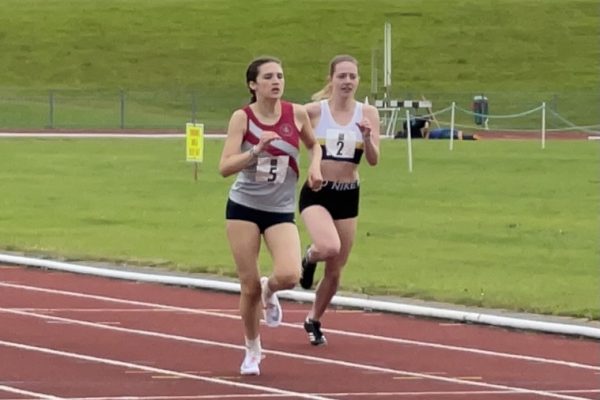 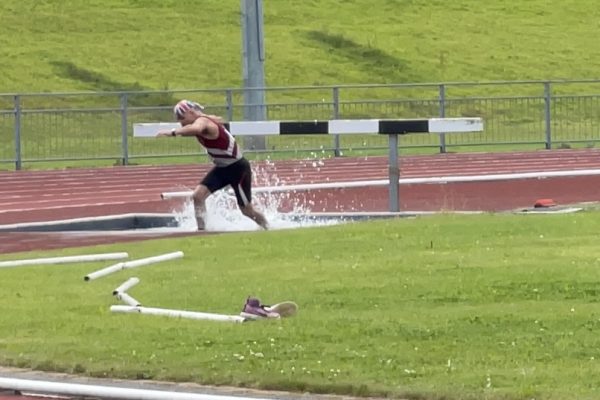 Other mentions must go to those who have put themselves outside their comfort zones to help cover those disciplines where we would otherwise have had no competing athletes, thus earning valuable team points in the process. Mr Multi-Eventer, Nick Blore, has turned his hand to anything that was asked of him this season. After tackling, amongst other things, Pole Vault in this league, today he opted to run the 400m hurdles and was rewarded with a comfortable win and a very respectable 63.0 seconds time. It’s only a matter of time before he considers the Steeplechase, surely?!!

Izzy Watkins’ efforts on the day earned her 3 new PBs in the 100m Hurdles and both Long and Triple Jump. A hat trick of PBs also for Tom Willshaw in the 400m, High Jump and Shot putt. 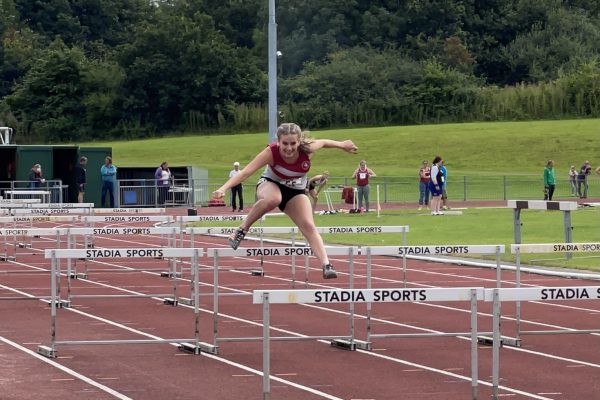 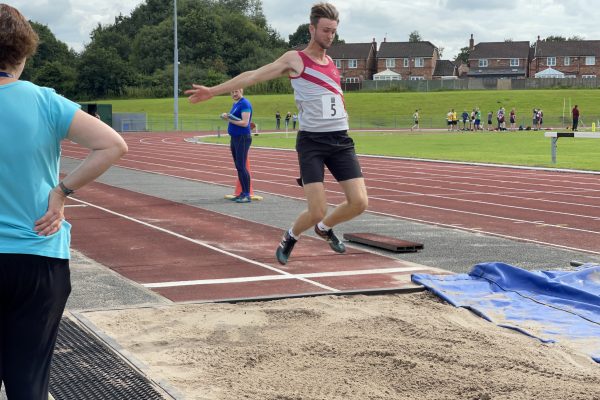 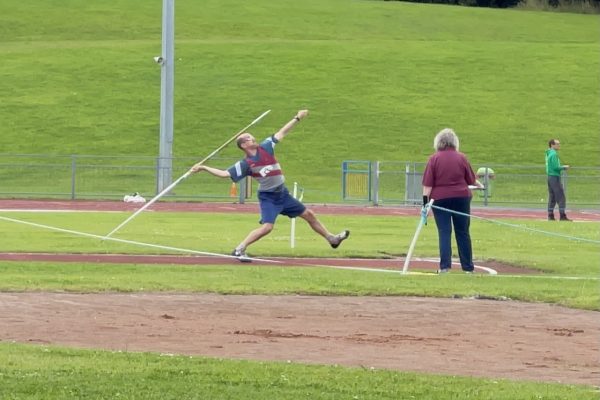 In the sprint races there were PBs for Josh Podmore in 100m and 200m and Ellie Stockdale and Isabel Waltho in the 200m.
Moving up to the middle distance races, PBs for Thomas Roberts in the 800m, Aadi Whitlock in the 1500m, Sue Stockdale in the 3000m and Mark Wheelton in the 5000m.
On the field there were PBs for Liliana Carey in the Hammer and Libbie Grindey in the Javelin. 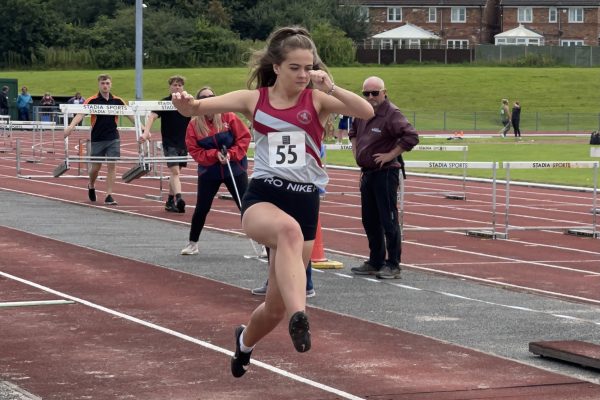 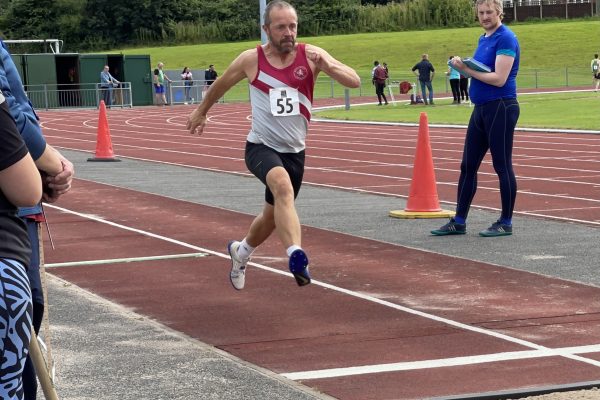 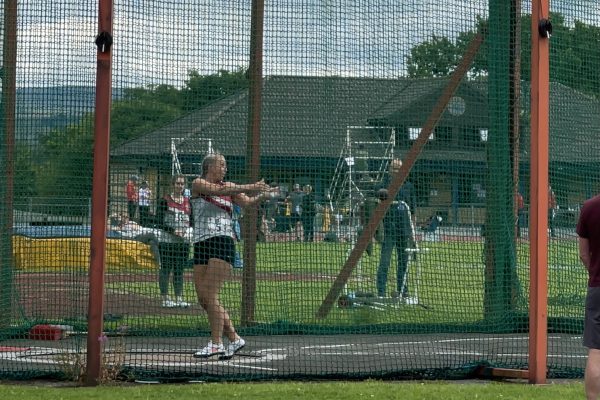 Such strong performances across the board gave us our most convincing win of the whole season, this alongside the points earned from the sterling work done by all those who have officiated for the club this season. Particularly on the day, Craig Roberts, Elspeth Stewart and Paul Wain who covered so many events to help those clubs who were unable to provide their own. These competitions simply would not happen without the multitude of volunteers who do everything from set out and maintain the equipment to keeping the track judges refreshed with steaming hot tea and everything in-between. Thanks to each and everyone of you, you know who you are.

Congratulations to all who played any role in this league. We are the Champions. There’s a song in there somewhere.