This year’s Cheshire County championship were held at Macclesfield over the weekend of the 14th and 15th May. Macclesfield had 52 athletes entered across the weekend and there were lots of magnificent performances by Macclesfield athletes with lots of personal bests and medals.

It began on the sunny Saturday morning in the field, with the senior, U17 and U15 womens Hammer. Charlotte Bird got us off to a great start with first place in the seniors with a personal best throw. She was swiftly followed by Lola Whitlock who was third, also with a personal best and Millie Egerton who was 2nd both of them in the u15`s age group.

Olivia Wain starting her first Cheshire County championship took first in the women’s U20 triple Jump. Her younger brother Callum had a great weekend also. With 1 bronze medal, 3 Silvers and a gold in the long jump. He also managed two personal bests for a big haul of medals.

Another huge winner over the weekend was Hayden Blunn. He came away with 5 golds in High Jump, Discus, Pole vault, shot and 100mH and a Silver in the 400m with 4 personal bests in there for good measure.

Toby Broadrick in the u13 boys Discus picked up a bronze and then followed that up with a silver in the long jump. Tristan Lamprecht took the Gold in the LJ and also took gold in the u13B javelin and 75mH with a bronze in the 100m for a very successful weekend. 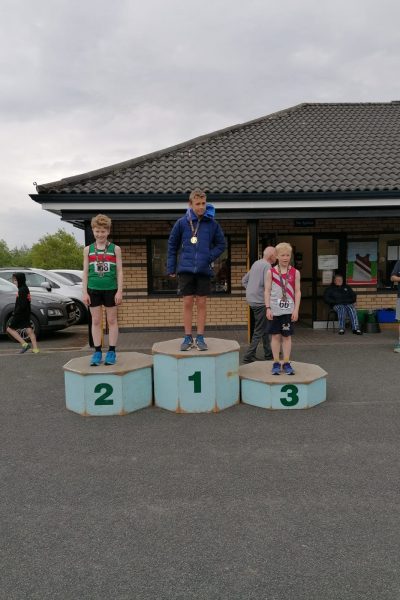 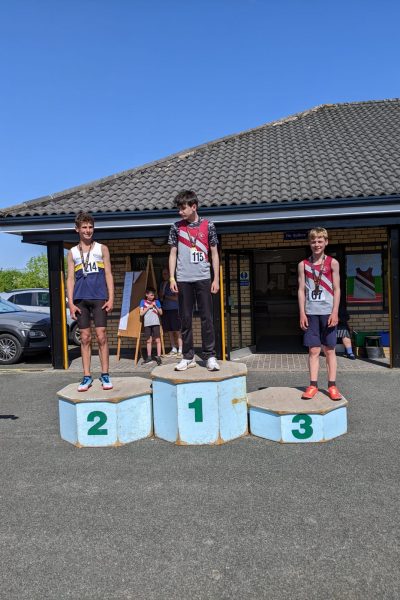 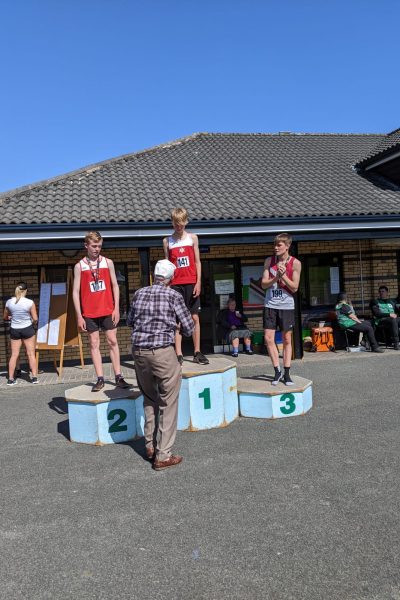 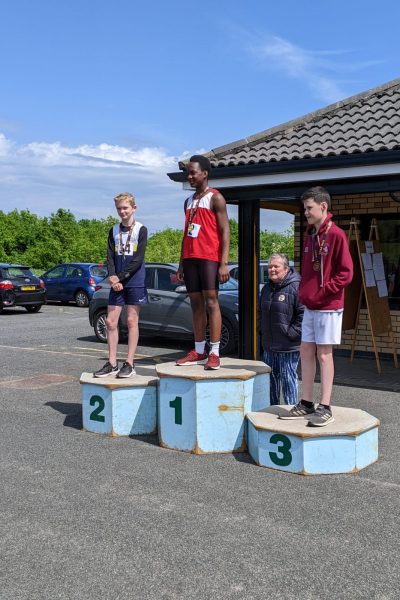 Samira Cox took part in her first championship in the UK having recently moved here. Samira is both hearing and vision impaired and competes as a para-athlete in addition to open competitions. She was competing in 4 throws events and threw PB’s in hammer, discuss and shot put.  She also won a silver in discuss and bronze in shot and javelin.  So a great start to the athletics season.

In the 1500m events we had strong representation in the U15 Boys 1500m with 5 competitors Jake Rowley taking bronze just ahead of Matthew Walker. Then for the senior women 1500m Faye Sharpley took Bronze with Golds for Lawrence Manley and Chris Edwardson in the u20 and senior 1500m respectively.

On the second day with less clement weather Marianne Knuckey won the U 15 Girls javelin with a throw 5 metres beyond her nearest competitor for a big win.

In the heats of the u15 girls 200m we had personal bests for all the Macc competitors, and in some cases by huge margins. With Millie Egerton, Lizzie Pendrill and Corinna Knuckey all making it to the final.  Lizzie Pendrill picked up the bronze in the u15g 300 and also a PB for the 100m on the first day, when she reached the final alongside Millie Egerton.  In the U15B 200m, Stanley Slater took bronze in a PB.

Albert Bradshaw having earlier in the weekend won the u20 men’s 100, with Sam Danson second in a PB, also collected the u20 men’s 200m in a close race,

Charlie Orphanides in his first comp since return from knee injury, won the u17 boys javelin with a PB and Will Roberts got silver, with Joseph Nwankwo in 5th. Whilst in the senior men’s javelin Ashley Pritchard took silver to complement his Silvers in Discus and shot.

In his first championship, Isaac Inwood was a worthy winner of the U15B LJ with Jared Dickinson taking the bronze medal

Well done also to Lara, Tanvi, Dominic, Olivia, Holly, Eve, Noah, Eliza, Hugh, Joshua, Alex and Hugo, who put in excellent performances with lots of PBs – many of these athletes were competing in their first championships  – we hope you enjoyed the experience.  The next T&F event is the Cheshire League on 5th June for all age groups at Crewe.  We hope for as good a turn out of athletes for the league events as we had at the Championships.