Some Monday motivation in the shape of Macclesfield Harrier, Matt Leech. 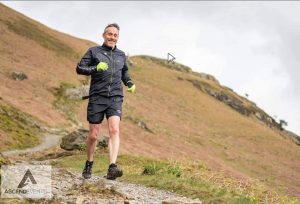 Matt has kindly agreed to have our Meet the Member spotlight shone on him;

Q1: When did you start running?
ML: On the 16th of June 2018, it was a Macclesfield Parkrun. I did a few more Parkruns during 2018 but never really considered myself as doing anything other than a jog around the park with a drinking buddy. It wasn’t until the 1st of April 2019 when I joined Macclesfield Harriers that I realised that I could be a real runner.

Q2: How long have you been a Macclesfield Harrier?
ML: Oops! I’ve already answered that one. I’ll tell you why I joined Macc Harriers instead. In 2018 I did a Yorkshire Three Peaks hike for charity and it was the toughest physical challenge I’d ever undergone. During the hike I was amazed by other people who were running the same route, I didn’t know that kind of running was possible. Inspired by those super-humans throughout the day I upped my pace to a jog whenever I was able and eventually finished in just over seven hours, but that was way ahead of the other thirty or so people that were doing the same hike for charity. After that, friends kept encouraging me to join a running club, it took nearly a year for me to pluck up the courage to do so.

Q3: What has been your favourite race and why?
ML: I haven’t done many races so this is an easy one to answer: The 2019 Snowdon Trail Marathon. Hightlights: The pre-race meal the night before with the Harriers in Llanberis, it was my first marathon distance, the reveal of Glaslyn Lake that brought back forgotten memories from my childhood, being chased down the road after Llanberis Path by two-hundred sheep(!), crossing the finish line to receive my hardest-earned medal to date, and the drive home with painful knees, blisters and a headache. 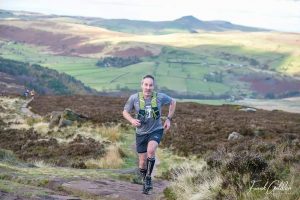 Q4: What does running mean to you?
ML: Community and alone-time. Challenge and success. Pushing limits and failure. Exercise and relaxation.

Q5: Do you have a top tip for other runners?
ML:I really don’t feel qualified to be giving out tips, but I do like this quote from Dean Karnazes: Pain is the body’s way of ridding itself of weakness. Focus, resilience and strength are all traits Matt regularly displays. Whilst Matt may not have been running for long, he is clearly ‘one to watch’ in the future. A great addition to the Club.
Click here to see all the previous ‘Meet the Member’ posts.