The Welsh 1000m Peaks Race is approximately 20 miles long and starts at sea level, taking in all 5 peaks over 1000m in Snowdonia.  This year was the 50th running of the race, and the last to be organised by the current team of volunteers.

The race start was in a field in the coastal village of Abergwyngregyn.   The marshals and Harvey Lloyd, the race organiser, gave the assembled Long Challenge Race entrants a warm welcome.  We were all given a specially produced event map showing the control points and out of bounds areas.  Others running included Harriers Dan Gill and Emma Mason.  Harvey provided us with some valuable advice including staying hydrated in the very warm conditions, and before long we were sent off individually across the start line.

The first mile started easily enough and climbed a shaded country lane alongside a river.   By mile two we had turned off onto a trail contouring the open hillside with views ahead of the impressive Aber Falls.  These were passed on the left on a rocky path with steep drops off to one side.

Upstream of the falls competitors could cross the river at various points and the runners spread out to try to pick the best line up the steep and seemingly pathless hillside.  Eventually we came out onto a broad ridge with views back towards the coast and Anglesey, and across to a group of wild horses on another part of the hill.  Ahead I aimed roughly for the mid point between two rocky peaks, Bera Bach and Bera Mawr.  The first checkpoint at Yr Aryg, at mile 5, was beyond this and was easy to spot in the cloudless conditions.

Ahead, the Carneddau looked impressive with the next checkpoint summits of Carnedd Llewelyn and Carnedd Dafydd clearly identifiable.  The gentler gradient and appearance of tracks made the running here relatively straightforward.  Having made Dafydd at about mile 8 the course turned 180 degrees to aim for a checkpoint on a tumbledown wall roughly midway between the two peaks, before dropping steeply down into the Ogwen Valley.  The slight breeze blowing over the tops before now had stopped completely, and the temperature rose as we dropped down through the thick bracken to a checkpoint near the base of the valley.  Here competitors were provided with a simple selection of food, and a water station.

The route then turned at the foot of Tryfan and passed along the edge of the busy A5 for about a mile, before a marshal directed us across the road to a check point in a small car park and a track leading steeply up and around the edge of Llyn Bochlwyd and up onto the Glyders.  The temperature was increasing with each passing minute and I overheard a walker asking another competitor what we were up to and was this not meant therefore to be a running race?  For mere mortals like me the option of running this section could only be a dream!

Eventually we reached the rocky ridge of Y Gribyn with views across to the fin-like Tryfan, and I enjoyed the easy scrambling of Y Gribyn which took us up onto a summit ridge of the Glyders.  I had been doubting whether I would get to the end of the race in the heat but rallied a bit at this point, checking off Glyder Fawr before heading steeply down towards the Pen-y-Pas hostel.  With occasional views of Llyn Cwmffynnon below and the Snowdown massif always in front, the line I took here felt a bit meandering and is one which might be optimised if run again.

At Pen-y-Pas, there was another checkpoint with food and water set out outside the hostel.  I passed quickly through the checkpoint in a bit of a daze having decided to keep going after all, and then started to fret that I hadn’t dibbed the electronic control on arrival (I had).

The atmosphere of the race began to change at this point as the runners were well spread out and passing by the day trippers headed for Snowdon.  My pace and energy levels were dropping as I passed over the minor ridge on the Pyg track and onwards with familiar views of Llyn Llydaw and Glaslyn below and off to the left.  There was an almost seaside atmosphere down at Glaslyn with voices of bathers cooling off in the water floating up to us on the very hot Pyg track.  Harrier Nathanael Booker, who started in a much later, faster wave, sped past me at this point, followed not long after by Mark Burley.

At this point I was pretty tired and was given a real boost to hear Cath, my wife, and three children, shouting down encouragement from the ridge above the steep switchbacks.  Turning right towards the penultimate checkpoint and peak of Carnedd Ugain I slogged slowly up to the control and then turned around and jogged down to meet the crowds of walkers heading for Snowdon summit.

Just beneath the Snowdon summit was the final control and after dibbing I was handed a finishers medal by a friendly marshal.  Success!

I hobbled the five miles or so down to Llanberis and had a nice chat along the way about future race plans with fellow Harrier Barrie Thomason.

I would recommend this race, which is low key in feel but very well organised.  In 2021 the cost was a reasonable £25, and included a really nice cotton t-shirt and a 50th anniversary commemorative booklet giving the history of the race.

If the 20 mile / 9000 ft of ascent of the full race is off-putting, there is a shorter race which starts in the Ogwen valley and ends at Snowdon summit. 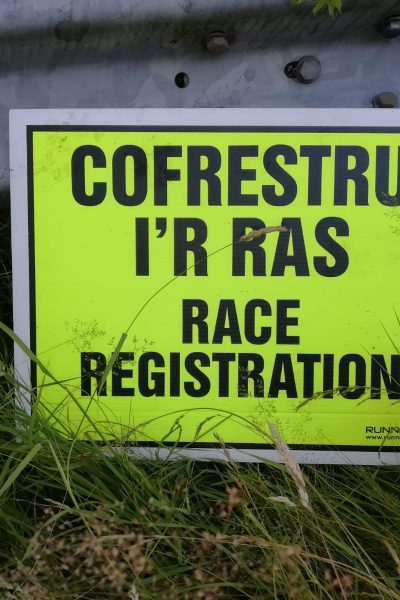 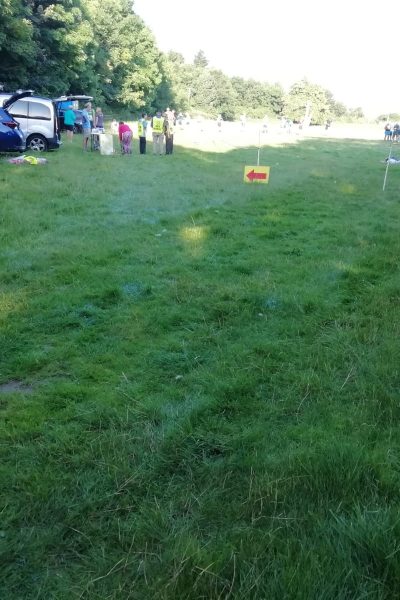 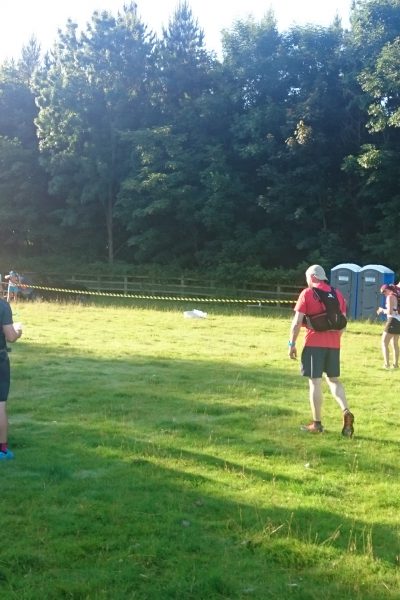 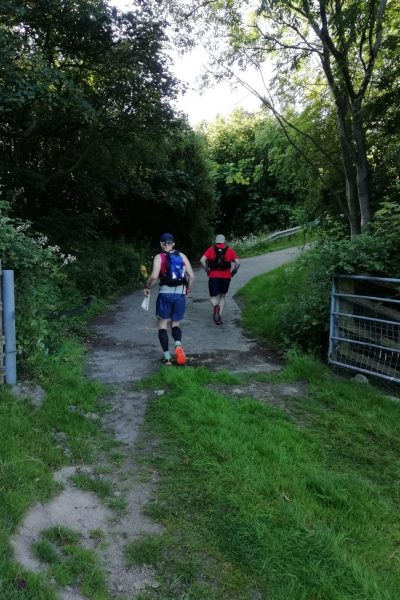 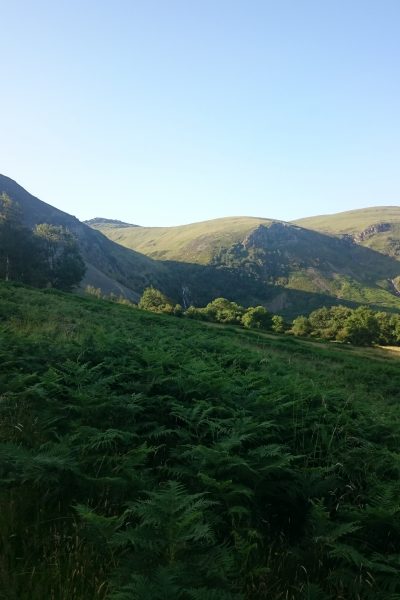 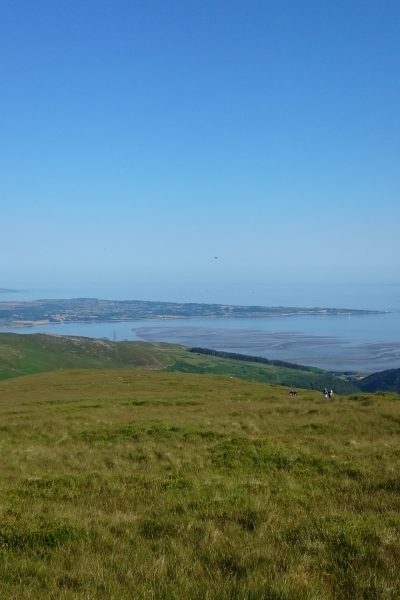 Views back to the coast 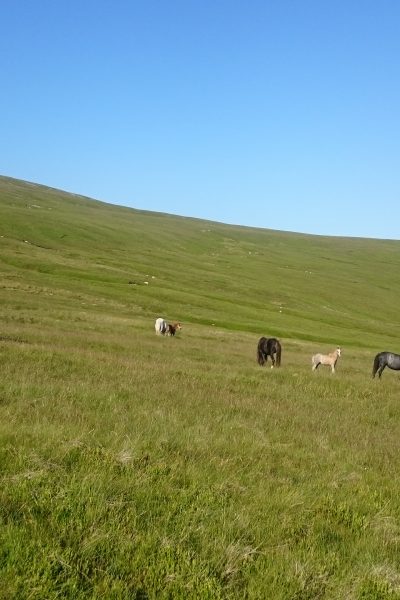 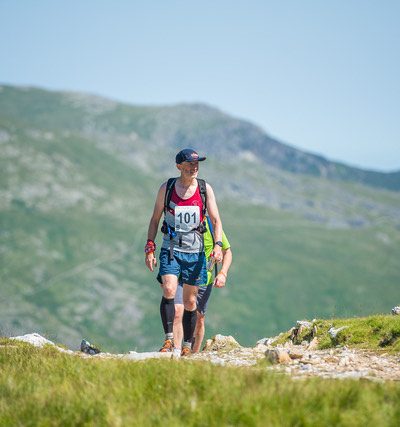 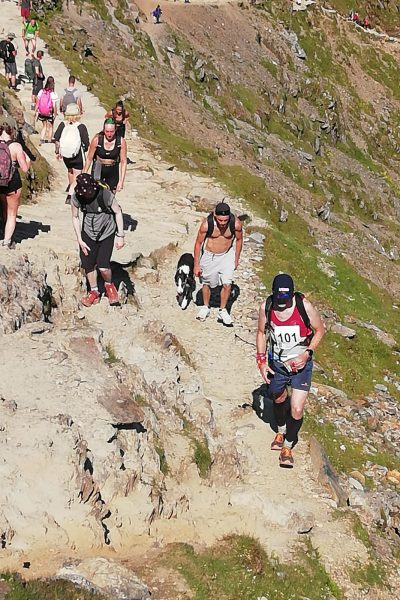 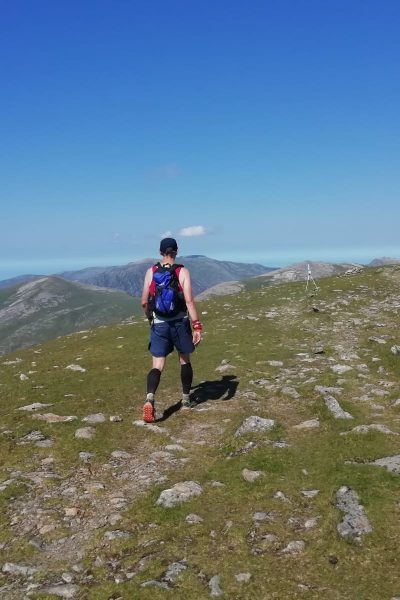 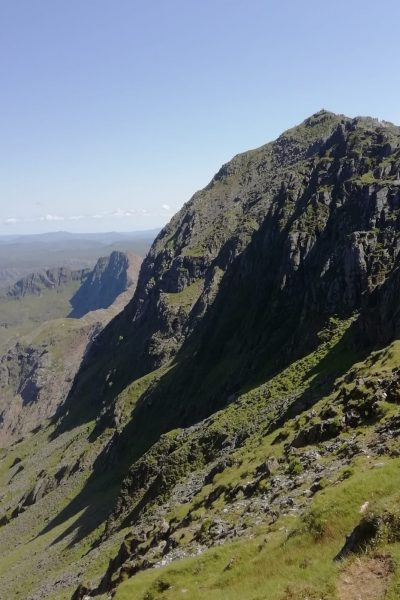 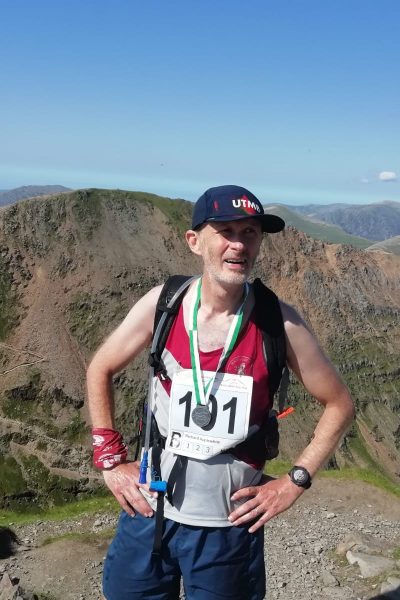 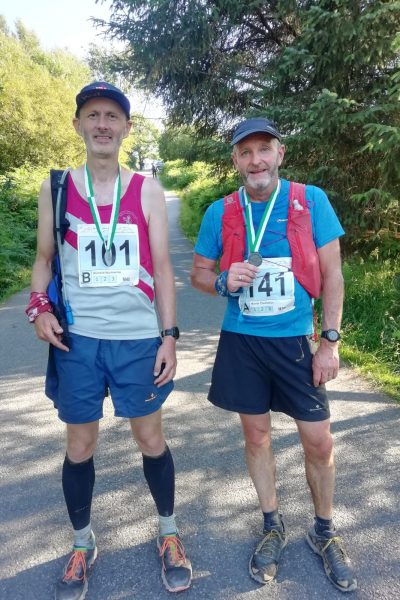