Macclesfield Harriers T&F athletes have had a busy couple of weeks with two successful home T&F fixtures – the well attended Open meeting on 23rd April (results here) and the first round of the Cheshire League on 1st May (results here), where the Macclesfield men (U13-Sen) finished 1st overall, the ladies (U13-Sen) 2nd and the U11s (boys and girls) 3rd. Check out the results for some great performances across the age groups and see photos below from these events. 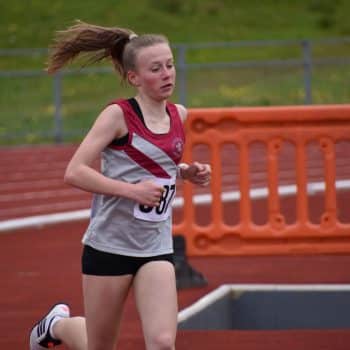 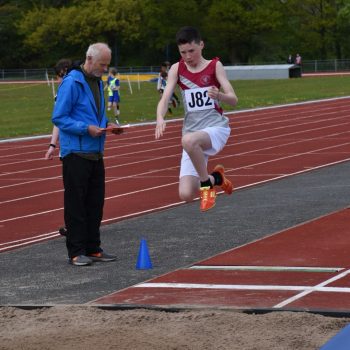 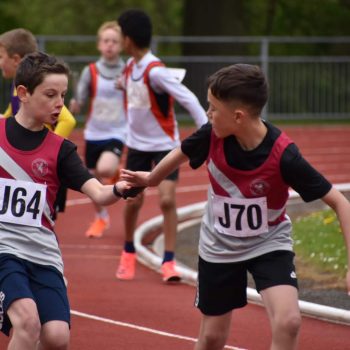 Last weekend saw our first league away fixture – the Youth Development League for U13s and U15s at Liverpool on 8 May. In 2019 a strong Macclesfield team gained promotion to Division 1 West in this league (one below the Premier division), so we knew our athletes would be in for good competition in this league. Athlete numbers from Macclesfield were lower than we hoped on Sunday, but those athletes who were able to attend did the club credit and were rewarded with a host of PBs and some excellent performances. The U13 boys team had a great day with Tristan, James, Eric, Bobby and Joshua filling as many events as they could. Tristan Lamprecht was first up on the track to get the team off to a good start with a win in the 75mH (14.57s), then it was straight over to the LJ where he secured 2nd in a PB of 4.25m, while Eric was 3rd in the B string LJ. Tristan rounded off his day with a great win in the javelin with 28.85m, with newcomer, James Glynn, winning the B string javelin in 16.75m. Eric also gained a PB in the 800m and 4th in the A string shot put, with Joshua doing well in the B string in this event and being our sole representative in the HJ. James and Joshua also put in good performances in the 150m and enjoyed being part of the relay team alongside Eric and Bobby. Bobby had a close race in the 1200m securing another PB, despite the blustery weather, for second place in 3.49.83. 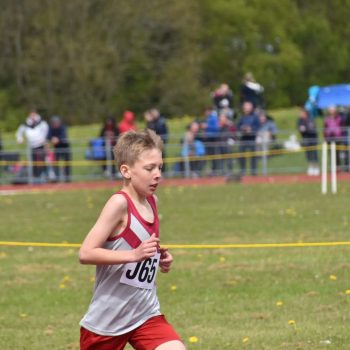 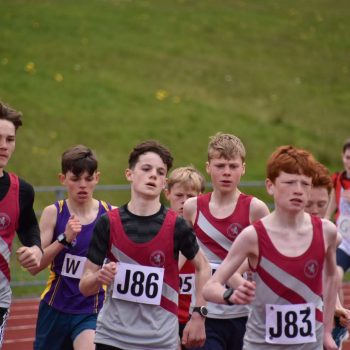 In the U15B, Jake and Jared had a great day with PBs galore. In the 800m Jake Rowley finished 3rd in 2.14.23, with Jared Dickinson 4th in the B string in 2.28.8, taking quite a few seconds off their previous best performances. Both also had PBs in the LJ and great results in the 300m. The U15G showed great team spirit in supporting each other throughout the day. First up Lizzie and Grace in the 75m hurdles, both recording excellent PBs. Lizzie then did well for the team in the 100m and HJ, with Grace doing likewise as our only representative in the 800m. Meanwhile on the field Millie and Lola performed brilliantly to take first place in the A and B string hammer events with 22.33m and 17.17m respectively – a good PB for Lola. Not content with one PB, Lola secured 2 others in the shot and javelin. Millie also did well in both sprints (100 and 200) and rounded off her day on the relay team with Beth, Lizzie and Eliza. Eliza did well in the shot and 200m gaining valuable points for the team, likewise it was great to see Beth doing well in the LJ too. Well done to all our athletes and many thanks to our team managers, officials, volunteers and parents for making it possible. The club finished 7th in this first round – so why not join in the challenge of competing for your club and helping us to move up a place in the next round which takes place at Blackburn on 21st May – please reply to your team manager and put yourself forward to support your team.