Introducing one of Macclesfield Harrier’s newest run leaders, Lindsey Russell.  Lindsey has been running with the Harriers for 9 years. She stays well clear of the mud, preferring to take part in road races and track sessions. Lindsey can be found at the track on Tuesdays, in all weathers and is always encouraging others to ‘give it a go.’

Over to Lindsey to tell us about her running journey;

Q1. When did you start running?

LR: I did cross county at school – the route went round the ‘pick your own’ strawberry fields and a little dog used to yap at our ankles so I gave it up in preference to hockey. I don’t think it was until about 2007 that I gave it another go with a charity running/cycling biathlon along the Middlewood Way. And my first Manchester 10K was 2008.

Q2. How long have you been a Macclesfield Harrier

LR: I joined the Harriers in Jan 2013. For some bizarre reason, I’d entered the Great North Run that Sept so decided I needed some serious help to get ready. I was also getting bored of doing the same routes all the time and of running on my own. My husband ‘Many Bikes James’ was in the Wheelers and I’d seen the enjoyment he got from being in a club so I googled the Harriers, rang Bob Lynch and the rest is history. 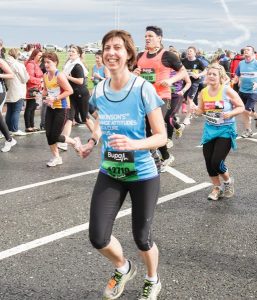 Q3. What has been your favourite race and why?

LR: My favourite all-time race has to be the Northumberland Coastal Run from Beadnell Bay to Alnmouth, when the marshal said, “Keep the sea on your left and if you get right in to Alnmouth you’ve gone too far.” Five of us from D Group did it and had a fantastic time. The Start was just a flimsy sign, where the marshal might as well have said “1,2,3, Scatter!” There’s no definite route due to the tides and paths over rocks but the distance is roughly 14 miles so once you’ve done just over 7 miles, a sign says “About Half Way.” Anyway, that’s my longest race with some spectacular scenery and a brilliant atmosphere.

Plus, my first ever race wearing a Harrier vest, the Bollington 10k in 2014. 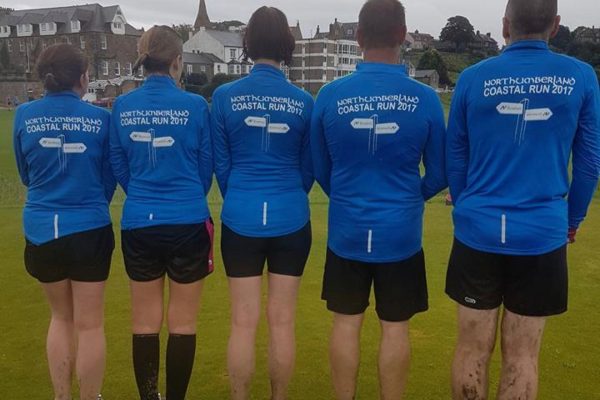 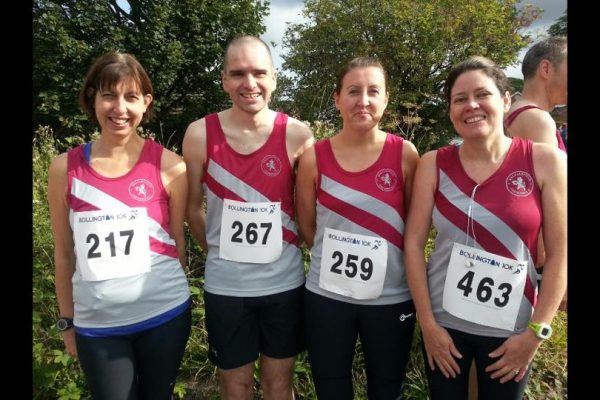 Q4. What does running mean for you?

LR: Well, you may not believe this but running keeps me sane. I just love putting on my running shoes and getting out the door, into the fresh air. This is my headspace time. It’s when I get all my ideas and work through any difficult issues as my feet pound the pavements. I’ve also met some amazing friends through running. 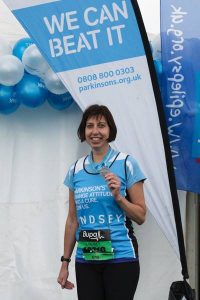 Q5. Do you have a top tip for other runners?

LR: Don’t go off too fast! (Bob will be delighted I’ve said that) even if I still don’t always abide by it. Get into a routine of running at least three times a week and stick to it. And try Track Tuesday!

CLICK HERE to see all the previous ‘Meet the Member’ articles