As a regular trail runner, I remain amazed by the sheer difficulty of fell running. The technique and fitness required to ascend and descend hills is phenomenal. In my humble opinion, fell running sorts the men from the boys. 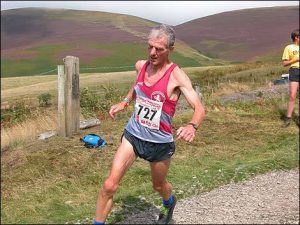 Over to the man himself, to tell us a bit about what running means to him;

Q1: When did you start running?
BB: I started running about 2 yrs old. Have always been active and ran for my school and county in my teens but preferred Rugby. Played for school, uni and Macclesfield 1st teams. Dabbled with running in my 30’s but didn’t run regularly till mid/late 40’s

Q2: How long have you been a Macclesfield Harrier?
BB: I joined the MH mid 90’s.

Q3: What has been your favourite race and why?
BB: That’s a tricky one as they all offer different challenges and often the enjoyment is in the post race banter and satisfaction of having done your best. I think I’d have to go for our own “Club Handicap”. It’s certainly challenging, scenic, low key yet “fun” as (on paper) anyone could win it.

Q4: What does running mean to you?
BB: I recall from my “early” days (aged about 50) being out on a Sunday recce of a route with like minded mates thinking we are just grown up kids having fun and adventure. So I’d have to say friendship and a sense of well being both physical and mental. If you tread in a cow pat or take a tumble you are in the here and now; not concerned with “life problems. We are very lucky to live where we are with such fantastic scenery. 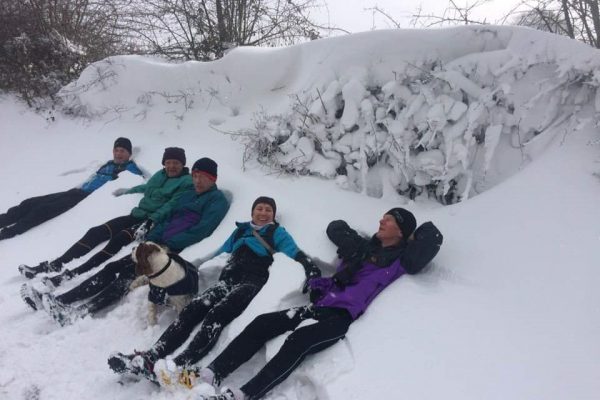 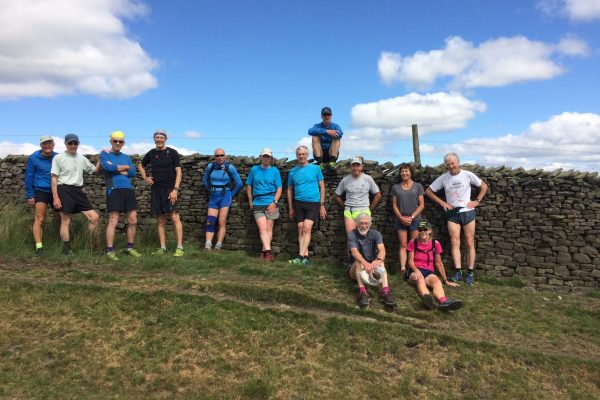 Q5: Do you have a top tip for other runners?
BB: Have goals and targets to keep motivated and fulfilled. We all pick up the occasional injury. Listen to your body and get advice as it’s easy to come back too soon. Having other hobbies/activities will help with the frustration. I suppose my top tip would be to do things with other like minded people. Joining a club such as Macc Harriers is a good starter.

Barry once described Julian Brown to me as a ‘modest man’. Barry detailed a number of Julian’s achievements that Julian had ‘forgotten’ to mention himself when he did the -meet the members- slot. It appears Julian isn’t the only modest one, as Barry ‘forgot’ to mention a few of his own achievements;
*In 1998 Barry ran the London Marathon in a time of 2.56 (a top 10 finish in his age category).
*He’s taken part in the Bullock Smithy (56 miles); a number of Mountain Marathons and the Bob Graham round.
*In 2005 Barry came 9th in the V55–60 category at the World Masters Mountain running champs.
*Aged 60 Barry came 3rd in both the English and British race series.
*Aged 65 Barry became the English Fell Running champ. He repeated this win again at 66.
*At 70 Barry held on to a podium position at the champs coming in 3rd!
Something else you may not know about Barry, he is a keen ballroom dancer and has also played competitive Bridge for 45 years! A man of many talents! 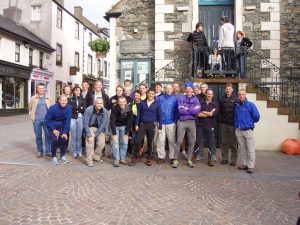 Thank you to Barry for taking part – a true Macclesfield Harrier inspiration!