Introducing Macclesfield Harrier, Barrie Thomason. When Barrie initially joined the Macclesfield Harrier’s, he ran with the road groups. He later found the fells and there’s been no stopping him since. He has become one of the club’s keen fell runners and takes his inspiration from ‘Fell King’ Joss Naylor, as well as some of our own MH fell legends. Barrie always runs with a smile and is a delight to be around. 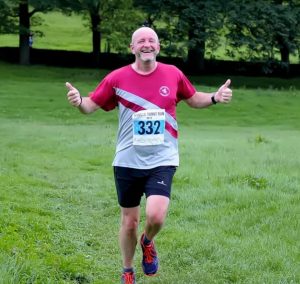 Let’s hear more from the man himself;
Q1: When did you start running?
BT: I started running in about march 2016 to try and lose weight prior to a holiday. It was a couch to 10k on my phone. It was supposed to be temporary but here I am 4 years later, fitter, stronger and 2 stone lighter. Also happier too.

Q2: How long have you been a Macclesfield Harrier?
BT: I have been a Harrier since September 2016. My son was going to the Tues and Thurs sessions so I thought I’d give it a go and sign up. Didn’t think I’d like running with other people but now there is nothing I’d rather do more.

Q3: What has been your favourite race and why?
BT: have a few favourite races. The Roaches is one. For me it’s more of a test of your mental strength when you see Shutlingsloe in the distance and realise you have to climb it and that’s just half way. Love our Fell Handicap. Competing against your peers and everyone has a chance of winning it. Any of the Lakeland classics. Tried a few and failed a few but the breathtaking views are amazing and to think your running in the foot steps of legends like Joss Naylor, Billy Bland, Jasmin Paris and Nicky Spinks. You sometimes get to meet these guys too. 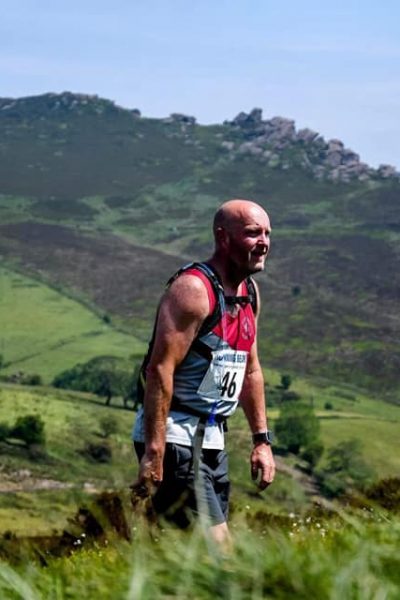 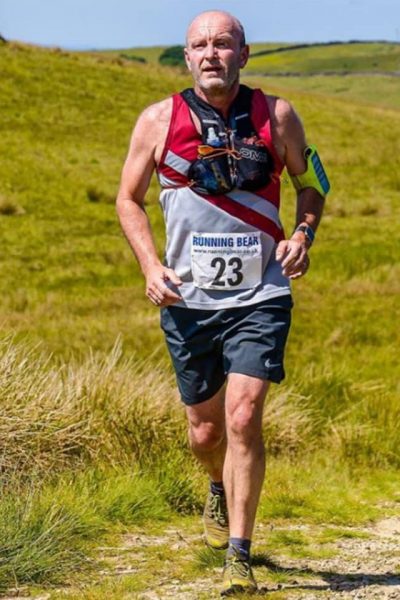 Q4: What does running mean to you?
BT: All I seem to think about is running these days. Met some great people. Since lock down I have realised how much I have missed running with the groups. It’s great to be back. I get my inspiration from the people I run with.

Q5: Do you have a top tip for other runners?
BT: My top tip would be to try all aspects of running. Trail, road and fell. That way you get to interact with most of the Macc Harriers. Challenge yourself to see what you can do and how far you can go. You’ll be surprised. Most of all enjoy it.

Barrie loves a challenge and we have no doubt that a Bob Graham Round is in this gents not so distant future!