Macclesfield Harrier, Andy Dykins is no stranger to pushing himself outside of his comfort zone. Whilst he’s happy popping on a Macclesfield Harrier vest for cross-country, he’s equally happy running round the country in a jump suit! 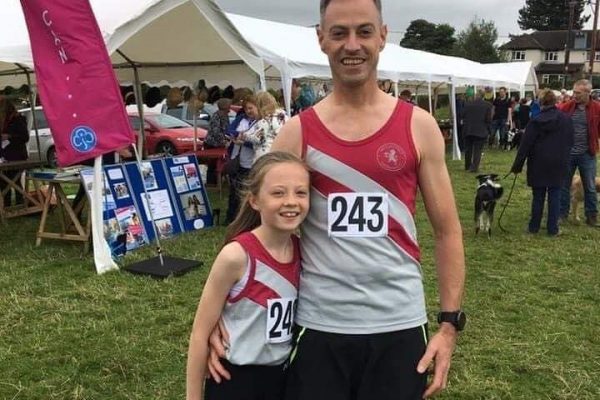 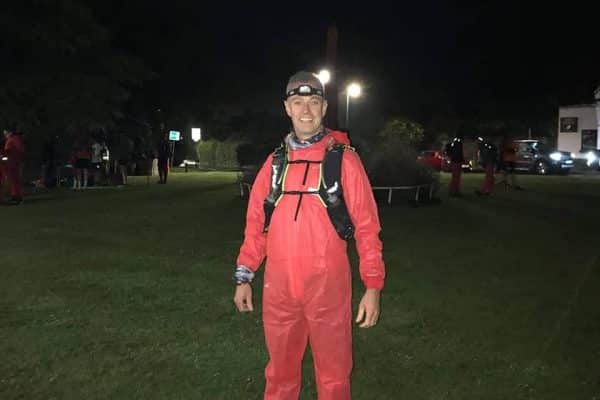 Over to Andy to tell us a bit about his running adventures;

AD: I used to run cross country for school but then stopped as soon as I left.  I then didn’t run for about 30 years until a colleague at work got me interested in it again in 2016.

AD: I had always wanted to run the London Marathon since seeing it on TV when I was about 15, and I had applied for a place in the 2017 ballot.  I didn’t get a place but I heard that the club got allocated some places and I could be in with a chance of getting one if I joined.  I joined and ran my first race (Langley 7 – it’s only one hill!) in Oct 2016 and was fortunate enough to get one of the much prized London Marathon places.  Since then I have represented Harriers in road, fell and cross country races and my daughter is now also a member competing in cross country.

AD: So many to choose from!  I suppose Snowdon Ultra would have to be up there as my first ultra marathon at 37.5 miles, including a climb up Snowdon itself.  I think my absolute favourite though, is the one I have just completed, Escape from Meriden.  It has the weirdest start I’ve ever seen.  We all gathered round a stone cross marking the centre of England, in Meriden, Coventry wearing orange jump suits to look like convicts.  Then, on the stroke of midnight, everyone scatters in different directions setting out on routes they have devised themselves and been planning for the previous few weeks.  You have 24 hours to get as far away as possible and there are medals for 30, 60 or 90 miles but it is measured as the crow flies.  I ended up running 77.4 miles to get 60.5 miles as the crow flies, finishing with a cold beer at my front door 19 hours later! 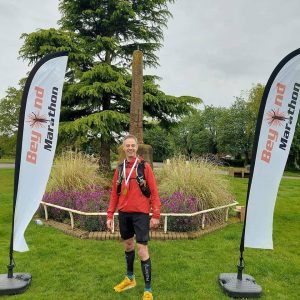 AD: It has to be while running the London Marathon in 2017.  The whole experience of the entire weekend was special as London basically came to a halt while everyone cheered and partied with everyone else.  I’ve never experienced so many runners in one race before or since.

AD: It’s a chance to escape normal life for a few hours.  It’s also the best way to explore somewhere new when on holiday.

AD: Don’t compare yourself to others too often.  Have fun and explore new trails whenever you can.

AD: For anyone contemplating a marathon but think it may be too much, try an ultra!  I know it sounds counter-intuitive but they really are easier to get through.  You can walk up the hills, you get to eat all the way round, the pace is much slower and nobody really asks you how fast you did it, they’re just interested in how far you went!