Introducing Macclesfield Harrier, Alison Hartopp.  Alison is one of our fantastic club coaches, who gives up her time to support athletes of all ages from U15 upwards. Alison has also recently achieved her Level 4 Starters qualification. In between coaching and officiating, Alison still manages to run competitively. She is  a well-known face on both the Cross County and Athletic circuits. Alison kindly set aside some time to tell us a bit about what running means to her;

AH: I don’t remember a time when I didn’t run, as a young child I never saw the point in walking anywhere as it took too long. However despite this I didn’t actually start running competitively until I moved to Cheshire in 1989. I started off with some road races before joining Warrington AC in 1990. 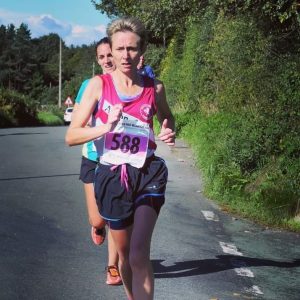 AH: I moved across to Macclesfield Harriers in 2002 as a “veteran” athlete having formed friendships with members of the club. At that time we had a formidable team with the likes of Sally Anne, Barbara, Rachel and Anne, winning most of the relays and team events that we entered. 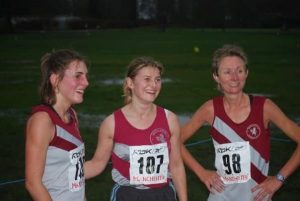 Q3: What has been your favourite event and why?

AH: My favourite event was always the shorter distanced cross countries. Back in the days of the “Cheshire League”, cross country races were around 5k. I loved the combination of speed and off road running. Also back then cross country courses were much less “sanitised” than they are now. We had rivers, stiles, horses and on one occasion a bull to contend with. I remember a race at Wilmslow where the Bollin was at waist height.

AH: So many memories, but if I’m going to narrow it down then I think representing my home county of Essex back in 2001, and if I’m allowed another one then it would be finishing my very first marathon, London, in 2018 (I mention this only for those people that don’t know I’ve run a marathon).

AH: Running completely clears my head and gives me the ability to think straight. It has also enabled me to meet some great people and carve some lifelong friendships 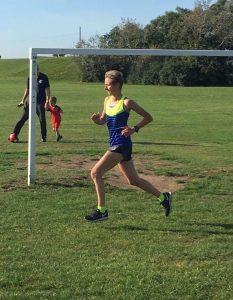 Q6: Do you have a top tip for other athletes?

AH: Run off road as much as possible and look after your knees !