Introducing Macclesfield Harrier & Run Leader, Alison Gunn. If you have ever attended a Saturday trail run, you will no doubt have met Alison. Alison has been instrumental to the success of the Trail Group section of Macclesfield Harriers. Alison is always welcoming and encouraging on runs and she is always interested in other runners’ journeys – races, challenges etc. 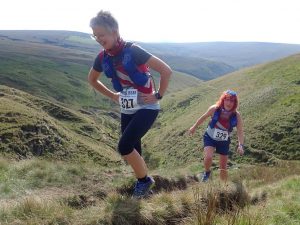 AG: About 22 years ago when we first arrived in Macc, I was at Macc College and was inspired by another lady on the same course as me who had just run Wilmslow Half Marathon. I started running on my own and on the treadmill in the gym with the aim of doing Wilmslow Half. I didn’t get to do Wilmslow that year due to an injury, but kept going once I was fit again.

Q2:How long have you been a Macclesfield Harrier?

AG: Probably about 15 or 16 years. When some friends joined the club and recommended it I went along to an evening session with Bob and Pauline Lynch and started to become a bit more serious about my running. That was my introduction to group running and I was amazed at how much I enjoyed it.

AG: The club was very fortunate to have been able to support Ben Smith on his 401 Challenge back in 2016 and then Neil & I plus some other Harriers went down to Bristol to run the final marathon with Ben. That was an epic day! I’ve also had some brilliant times running with friends in local trail races such as the Dark & White Limestone Way Challenge and back in June I completed my first Trail Marathon in the Lakes, something I could never have imagined I would do.

Q4: What has been your favourite race and why?

AG: Over the last few years I’ve got into trail running and left the roads behind, which my knees have thanked me for, and I think some of the trail races I’ve done have been my favourites. They’re generally smaller events, which I prefer, I can treat them as a lovely run instead of a race and they are often in the most beautiful areas. 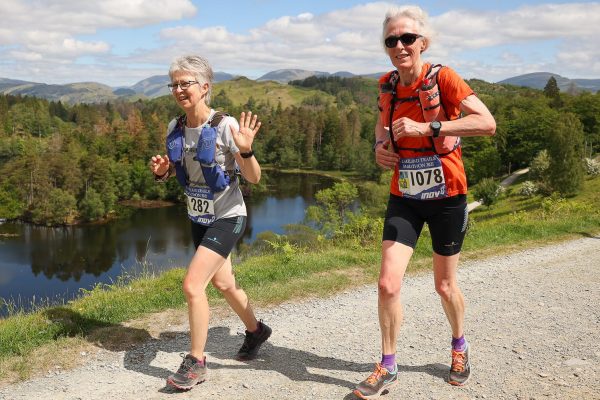 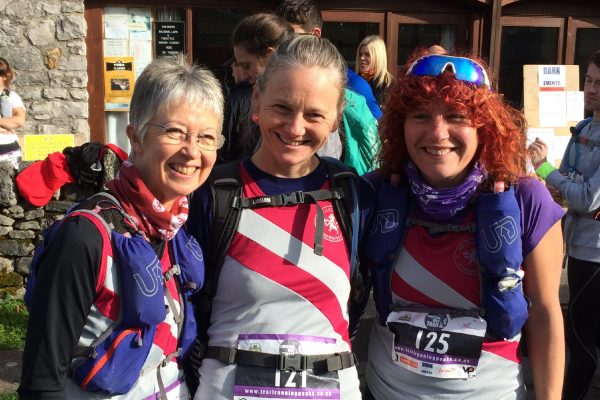 AG: Running is a great way of keeping fit whilst also meeting up with running friends. It’s amazing the range of subjects we chat about while out on a run! It’s also a great way of exploring new areas and visiting some special places. I love my Saturday morning trail group runs, they’re great fun with a lovely bunch of people and being a part of the club has meant I’ve met and run with a lot of inspirational people over the years.

AG: We’ve all been nervous when we started to run especially when joining a group for the first time but my experience has been that everyone is super supportive and encouraging, so why not have a go.  Macc Harriers is a very inclusive club and you’re sure to find a group or discipline that works for you. As a wise group leader once said, ‘what have you got to lose, apart from 90 minutes of your time?’