The Hodgson Brothers Mountain Relay (https://hbmr.org.uk/) is the oldest fell running relay in the country. It’s set in the heart of the Lake District, and covers approximately 36.2km and 2,800m of ascent over the four legs. Each of the eight runners (split into four pairs) needs sufficient navigation and mountain experience to be able to cope with whatever conditions might be encountered in early October – hard climbs and steep descents on difficult terrain are only made more challenging by biting winds, thick fog and heavy rain.

The race is limited to 70 teams and is always over-subscribed, so we were lucky to get a place this year and were keen to take advantage by gaining a respectable position for the club.

In the days leading up to the race the forecast was so inclement there was a strong possibility the race would be cancelled, or the courses changed to avoid visiting the higher tops. The announcement that we’d be running the full route was only made the day before at 6pm! There was a requirement to carry additional kit, and a warning that conditions were likely to be severe.

Heavy rain assaulted us for most of the journey to the Lakes, but the clag briefly clearing as we drove over Kirkstone pass (the end of leg 2/start of leg 3) provided some prospect of at least some brief periods of respite. The rain had returned by the time we parked in the start field though, and continued on and off throughout the day.

The race is logistically challenging due to limited parking availability at each of the changeovers. After watching the start and our leg 1 runners (Chris Bentley/Gary Rogerson) depart, I drove leg 2 (Tom Whittington/Rob Gittins) to their start, and got to witness Chris and Gary’s sprint finish; more-or-less exactly in the middle of the pack in 35th place. 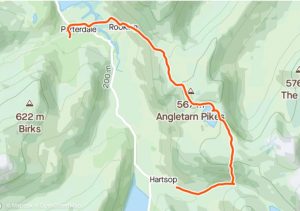 This was an excellent start, and was actually the highest position we’d be in all day! I drove the pair back to the start field in time for Gary to transport Matt Lynas and me to the start of leg 3.

Initially sitting in the car parked at Kirkstone Inn, it was just about possible to see runners descending from Raven Crag down into the pass – with the windscreen wipers on. After a while however, the clag descended and we decided we had to go and wait by the starting pen; we didn’t want to risk missing our team coming in. Leg 2 is nearly twice as long as leg 1 with nearly double the ascent – Tom and Rob finished strongly only a few places down, with the team in 41st place at the end of the leg. 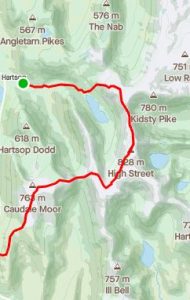 Leg 2 – Hartsop to KirkstoneMatt Lynas and I set off strongly up the first climb and managed to pass a couple of teams in the clag on the indistinct terrain on the approach to Dove Crag. We didn’t take a perfect line on the downhill section though, and some unexpected crags and slippery rock led to us losing some of the places we’d gained. However, as we handed over to Nathanael Booker and Allen Bunyan for leg 4, we’d gained four places to 37th. 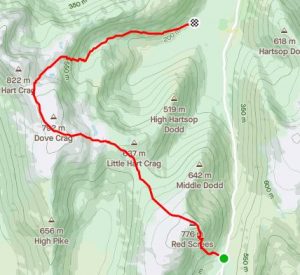 Leg 3 – Kirkstone to HartsopThe youth division of the team showed us how it’s done on the other “long” leg, where most teams field their strongest pair, gaining another position to bring the team home in 36th place of the 71 teams – only just outside the top half. 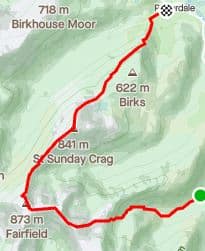 Leg 4 – Hartsop to PatterdaleAgainst larger and more experienced fell running clubs, who’ve been honing their racing lines over these routes for many years, we’d successfully held our own. We already have some ideas of what we’d do differently next year! The race is definitely a highlight of the fell running calendar, and we hope to be given the opportunity to field more teams in the future. 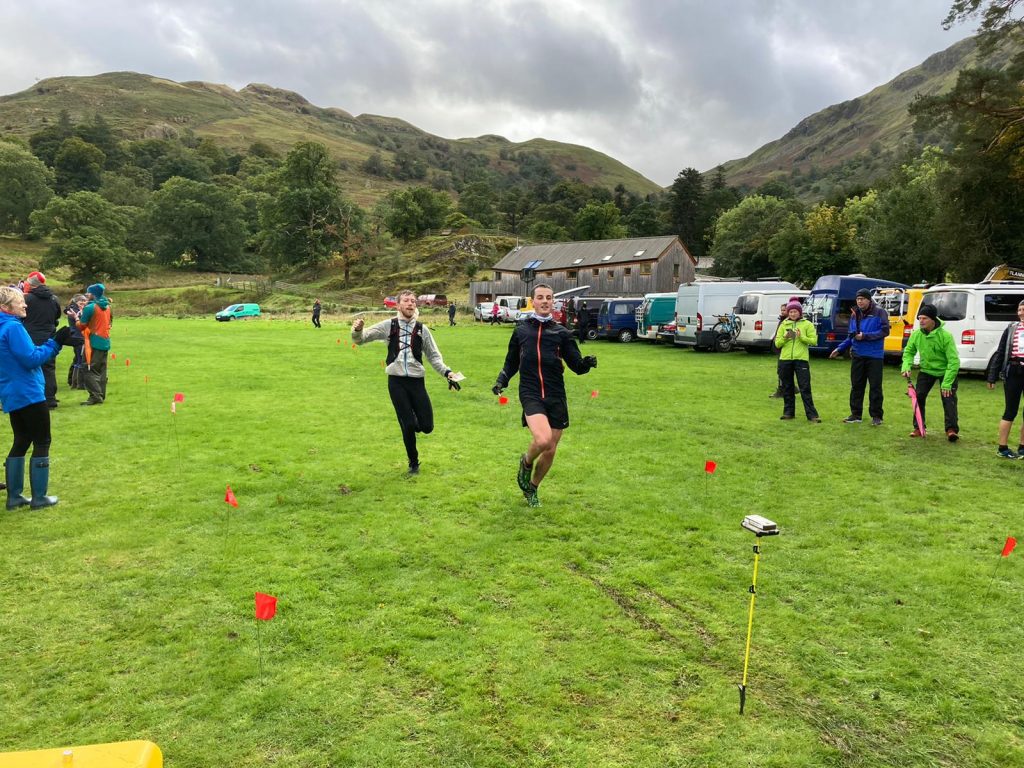