The Burnt House Farm rotation guarantees two things – a steady breeze in the fete field and, being on top of the hill, a cruel climb to the finish. The spectators are compensated with spectacular views and the race time keepers have a little more time to record the finishers. 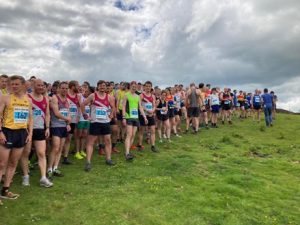 The route, roughly 9.5km and 400m of climb, is a mixture of fields, forest track, ridge and moorland with two river crossings and a scramble through the chasm of  Lud’s Church. The prize for all finishers is a fresh trout.

The downhill start resembled a medieval battle charge as the phalanx of 270 runners headed for a 3m breach in the wall. The field soon spread out and the lead runners had climbed the first hill and were charging along the Dane Valley Way as those in the pack were negotiating the first river crossing.

The race was won by Steve Vernon, Stockport Harriers (first in 2021), in 40:26. Joe Dale led a strong contingent of Victoria Park Harriers in second place. Allen Bunyan, Macclesfield Harriers was close behind in third. 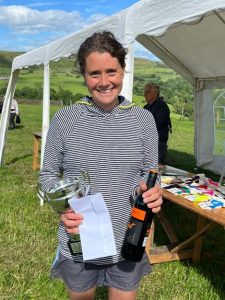 Macclesfield Harriers, had a clean sweep of the team prizes and placed first in Male, Female, Male Vets and Female Vets – a lot of Harriers out there and some great performances. 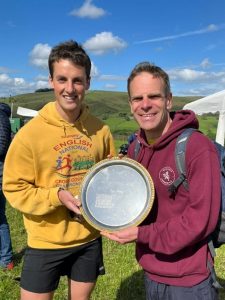 The junior race, a 3km route with both river crossings and the same brutal finish was won by Thomas Wood (BU14), Macclesfield Harriers in 19:30 (despite a slight diversion taken by the lead runners at the start). Second home and first girl, was Charlotte Lunt (GU16), City of Stoke AC in 21:20. 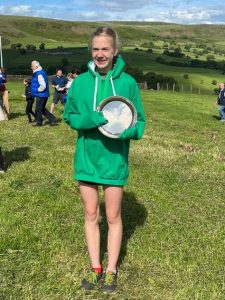 Thanks again to all the marshals, Raynet, Wincle Brewery, The Ship Inn, Running Bear and Topspeed Couriers for your support.

The 2023 race will be on 10th June, from Mellor Knoll Farm – still uphill at the end but not quite as bad.

For more pictures head over to the photo gallery – CLICK HERE