The skies were grey for the third and final round of the UK Youth Development League’s 2021 season at Macclesfield on Saturday, 4 September, but there were plenty of bright performances.
As usual in the Greater Manchester South region, teams from Altrincham & District, Crewe & Nantwich, Salford Metro, Stockport and Trafford provided the opposition, with Trafford finishing the day – and the season – on top, with Crewe & Nantwich second and Macclesfield third, pipping Stockport by a single point, 372 to 371.
Out of the 100 or so separate races and events that took place, our U13s and U15s claimed 20 wins, with half of those coming in group A events.
U15 throwing phenomenon Charlie Orphanides won the discus, javelin and shot – and it was not particularly close – with teammate William Roberts making it Macc doubles in the group B events. In fact, William’s throws would have been good enough for second in the group A competitions.
The home team winning the javelin was one of the afternoon’s recurring themes, with Marianne Knuckey (A) and Lola Whitlock (B) doing the double in the U15 girls’ event, Tristan Lamprecht winning another U13 boys’ group A competition this season and Emma Farmer tasting victory in the U13 girls’ group A event.
Emma backed that up by winning the group B high jump, only for teammate Rachel Butterworth to go five centimetres higher and win the group A competition. Our U13 girls are clearly a spring-heeled bunch as Sophie Palmer (A) and Katie Farmer did the double in the long jump.
Our sixth clean sweep came in the U15 boys’ 800m, with Dylan McGrath winning the group A race and Jake Rowley doing the honours in the B race. Jake beat his opponent from Stockport by just 0.3 seconds. 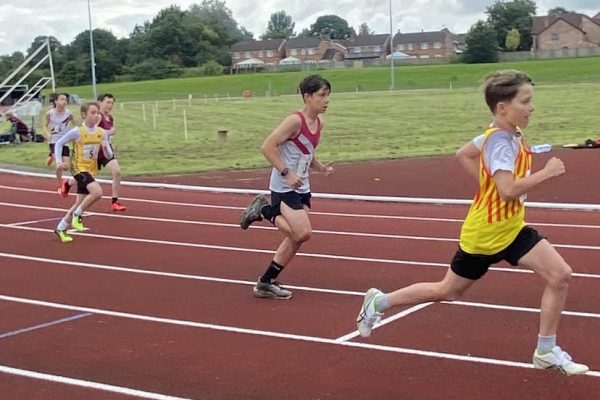 Will Hammond was Macc’s 10th group A victor, winning the U13 boys’ long jump, and he scored highest in the group B high jump, too.
But the real beauty of these age-group competitions is the fact that every member of the team contributes and, while it is easy to focus on the victories, the most memorable performances often involve somebody filling a place in an event they do not like or have never tried before, but then digging deep to earn valuable points for the cause.
There were dozens of these that day, just as there were all season. And by far the biggest highlight – for this observer, anyway – was just seeing our youngsters supporting each other and enjoying their sport. That is a credit to them, their drivers, sorry, parents, and wonderful volunteer coaches and team managers. 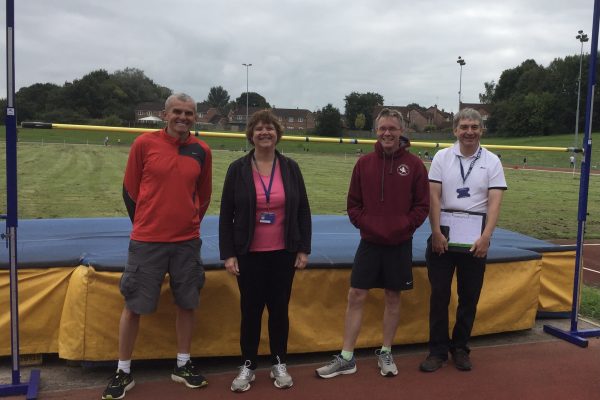 Big shouts should also go out to anyone who has held a rake, stopwatch or tape measure this season. None of this would happen without you. And when it comes to youth development, these long days at the track are in a league of their own.