Congratulations to everyone who contributed to a very successful return to T&F competition for Macclesfield Harriers in 2021! After a limited return to training in the second half of 2020 and a gradual re-introduction to competition in the first half of 2021, Macclesfield Harriers acquitted themselves very well in the 3 T&F leagues they participate in across the 11 fixtures held in 2021. A number of aspects of the leagues had been altered this year due to Covid, including grouping teams more locally – so no trips to Carlisle this year, but quite a few to Trafford, Eccles and Macclesfield. The leagues were still very competitive. A fantastic 116 athletes (from U11s to Masters) competed in at least one fixture and were ably supported by an amazing group of officials, team managers, volunteers and coaches in both the leagues and Championship events. Special thanks also to our wonderful coaches who put in an incredible number of hours as volunteers to support MHAC athletes, with the additional challenges of providing Covid secure training from the second half of 2020.

In the Youth Development League (YDL), for U13 and U15 athletes, there were only a handful of points between Stockport and Macclesfield at each round of the league, but Macclesfield just managed to edge ahead in the final match by one point to take a very creditable 3rd place overall in the league behind Trafford and Crewe. The first YDL match of the season was held in early June at Eccles, athlete numbers were hit somewhat by school isolations, but those athletes who were able to attend were rewarded with a host of PBs. At the second match at Trafford in July we fielded full teams in some age groups – and it was not just the weather, but the performances that were blisteringly hot that day. The final match at Macclesfield was not quite so warm, but saw Macclesfield athletes securing a host of first places, particularly in the throwing events, but all round a great team effort by all our young athletes.

In the Northern League for seniors (including U17s and U20s), the general themes were of team managers aiming to field full teams and athletes trying out new events to support the team. The first round at Eccles in May, saw this strategy rewarded with 21 personal bests and 1st place for the team pushing the strong East Cheshire club into 2nd place. Round 2 at Ashton (home of East Cheshire Harriers), once again saw Macclesfield finish in 1st place, with special credit to Nick Bloor in his first pole vault competition and the Stockdale family – mum Sue and daughters Ellie and Ruby competing across 9 different events between them (another general theme in all the leagues). Round 3 at Trafford saw East Cheshire get the upper hand and push Macclesfield down to 2nd place. However, in Round 4, despite taking place amid a spate of isolations and well deserved holidays for regular team members, athletes and officials again stepped up in sufficient numbers to bring the team out on top again and to take the league title.

In the Cheshire league which in normal years covers all age groups from U11 to Seniors in all matches, the first match was for U11 and U13 only and the second match for U15 and U17, the final two matches, while still with restricted numbers catered for all age groups. In the first match, the U11s were competing for the first time as were many of the U13s. They all seemed to enjoy the experience and did very well with the U11s finishing 3rd team and U13s 2nd team. Round 2 was hosted by Crewe at Macclesfield track and our strong team of U15 and U17 athletes finished in 1st overall. Round 3 hosted by Halton and also at Macclesfield track was the first with all age groups and the home advantage saw the U13-Seniors finish in 1st place with the U11s in 2nd. The final round was held at Ellesmere Port and being a bank holiday weekend, we struggled to field teams, but other clubs were similarly affected. The U13-Seniors finished a creditable 2nd place with the much depleted U11 team in 6th place.

In addition to the team events, a number of individuals have again excelled at Regional Championship level, including Albert Bradshaw and Charlie Orphanides in the Northern age group championships. Albert took the gold medal in the U17M 200m and Charlie secured silver in the U15M javelin and bronze in the discus. We also had 3 athletes competing in the English Schools championships with Albert Bradshaw bringing home the bronze medal in the 200m and Callum Wain finishing 9th in the long jump. Callum, along with Hayden Blunn represented Cheshire schools in the NW regional Octathlon where Hayden won the bronze medal which secured his place in the English Schools Octathlon championships, finishing a fantastic 5th. Despite being rescheduled from the traditional May date to mid August, Macclesfield Harriers were out in force at the Cheshire Championships held at Ellesmere Port, winning 16 gold, 15 silver and 9 bronze medals across all age groups from U13 to Seniors. Callum Wain’s excellent 6.20m gold medal winning performance in the long jump also earned him a trophy for the best overall field performance by a male athlete at the Championships.

This year we had 3 athletes gain a AAA Grade 1 standard (in the top 7.5% of performances in the UK) – congratulations to Albert Bradshaw (U17M) with 11.0secs for 100m and 22.02 secs for 200m, Sam Danson (U20M) with 6.87m in the long jump and Tristan Lamprecht (U13B) with 31.35m in the javelin. AAA grades are not listed for Masters athletes, but congratulations are also due to our all rounder Ashley Pritchard (M40) who ended the season with an impressive 4th placed ranking in the discus with a throw of 35.84m.

The Macclesfield Harriers T&F awards will be posted on the website soon. Hopefully the awards will be presented along with the other section awards at the AGM in March 2022.

Usually at the end of the season we look forward to setting targets for next season in terms of league promotion or position. However, given the uncertainty of the past couple of years I suggest we look to support those who may not have competed in T&F this year to gain the confidence to do so. In addition, encouraging more members to assist with coaching, particularly of the younger age groups, will enable us to offer places to athletes who have been on our waiting lists for some time. If you are interested in coaching, officiating or competing in T&F athletics please contact Barbara Murray. In the meantime, good luck to everyone for the cross country, indoor sportshall and indoor T&F season.

Next year will be my last year as T&F manager, therefore if anyone is interested in taking on this well worthwhile role, please let me know and we can work together in 2022 for a smooth handover. 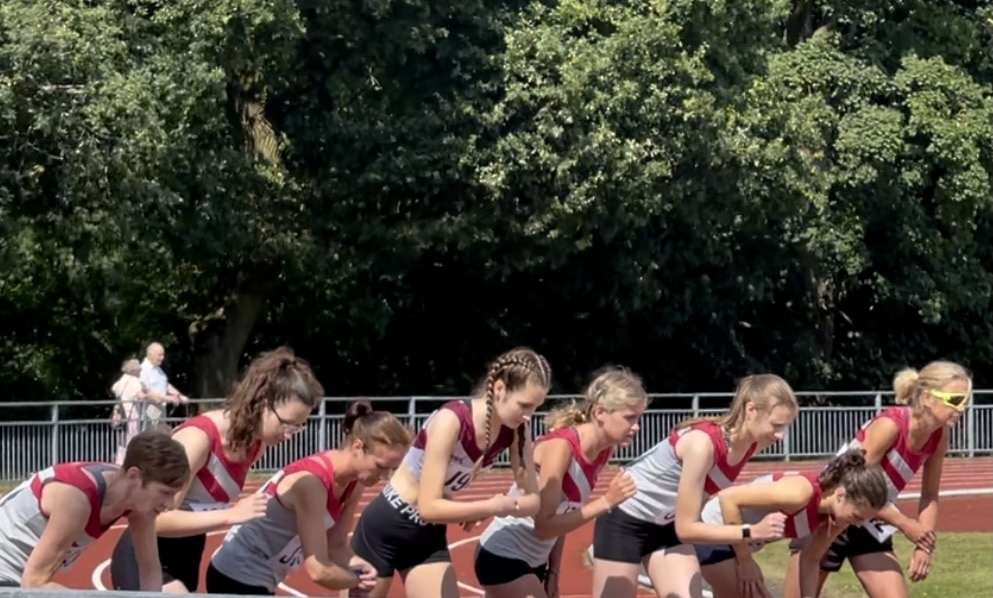