The Birthday Bash was held to celebrate the Peak District’s 70th anniversary as the UK’s first national park. Peak Running had originally planned to stage the Birthday Bash in early summer 2021, but it was pushed back due to the Covid-19 pandemic. The 9th April 2022 date meant the event could still happen within the Peak District’s 70th anniversary year, which ran from 17th April 2021 to 16th April 2022. 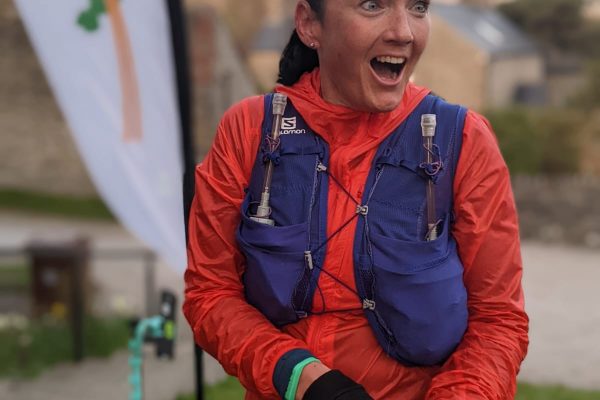 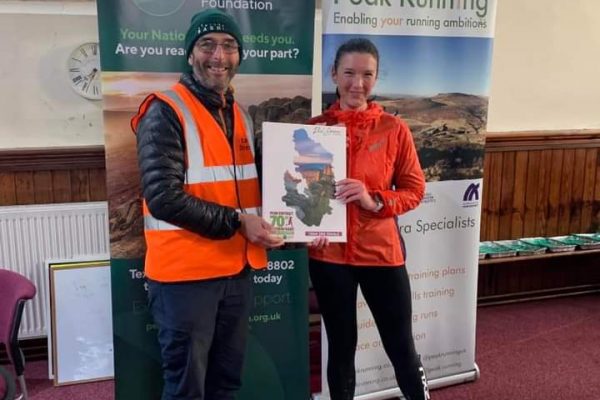 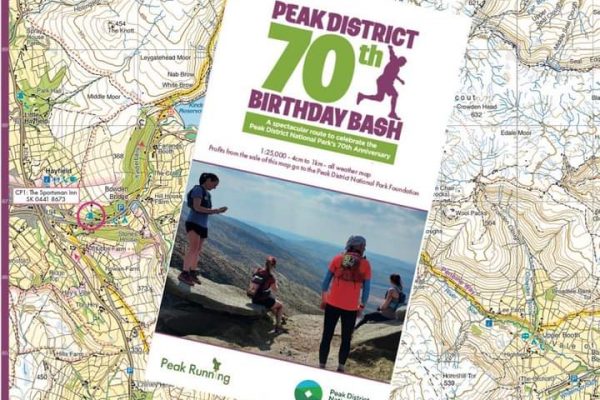 There was a 70k route and a 35k route on offer. Both routes began in Castleton and took in the Great Ridge, Lord’s Seat, Hayfield – the gathering point for the 1932 Mass Trespass – Kinder Scout, Jacob’s Ladder and Edale.

The 35k distance participants then returned to Castleton via the Great Ridge whilst those of us tackling the full 70k continued via Hope Cross, Win Hill, Bamford, Stanage Edge, Hathersage, Bradwell and back to Castleton.

I was lucky enough to be invited along with five others (remember when the rule of six was a thing?) to test run of the route in April 2021. On this occasion we ran the route in the reverse direction.

I arrived early on race day to help to with registration – a great way to settle those pre-race nerves! As I stood on the start line and looked at the other runners, the usual thought entered my head . . . how did I end up here? Despite the fact that I’ve raced several ultra distance races, I still don’t consider myself one of ‘those’ people.

And we’re off . . . the race started with a climb to the Great Ridge, this was just a teaser of the elevation that was to come. I will admit that I found the first ten miles hard. I had been lacking running motivation prior to this race and wasn’t ‘feeling’ it. Fast forward ten miles and it was ‘game on.’

I love running around the Kinder area, I even enjoy the climb up William Clough! I to and froed with several people over the Kinder Plateau before making the descent down Jacob’s Ladder into Edale. It was at this stage the 35k runners departed.

Hope Cross and Win Hill were up next. At this stage the heavens opened, I was greeted with rain and hail on the tops. I arrived at Bamford checkpoint to be greeted by Marc, who quickly refilled my water bottles, passed me some food and pushed me out of the checkpoint (I spend a lot of time browsing the food choices in checkpoints).

My climb up the steep Bamford Clough, was fuelled by Party Rings – whoever invented these, you are my hero.  The 35% climb over I made my way to Stanage Edge. I am very familiar with this section and managed to gain some time on other runners between here and Hathersage.

When I arrived at the Hathersage checkpoint, I knew I was on the home straight (via a few more climbs), this seemed to spur me on. I didn’t linger at this checkpoint, just grabbed what I needed to and headed for Bradwell. I was greeted by a familiar face at the Bradwell checkpoint, Sam who I ran the test route with last year. Some coke and orange slices later, spurred on by Sam and Marc’s encouragement, I was ready to take on the last climb out of Bradwell towards Cave Dale before making my way to the finish in Castleton.

I was greeted by cheers and cow bell ringing as I reached the finish line. I was over the moon to finish, what was without doubt one of the most challenging races I have done to date. I was even more delighted to learn I had finished the race as 3rd female in a time of 11:00:06.

Peak Running founder Andy Brooks promised: “The full 70k route is a spectacular tour of some of the best scenery the Peak District has to offer. With around 2600 metres of elevation gain, it is a challenging route but the multitude of breath-taking views make the effort worthwhile.”

I can confirm that the route definitely lived up to its promises. The climbs were steep, the views were spectacular and the support on the course, both from Peak Running marshals and from people just out enjoying the Peak District was second to none. 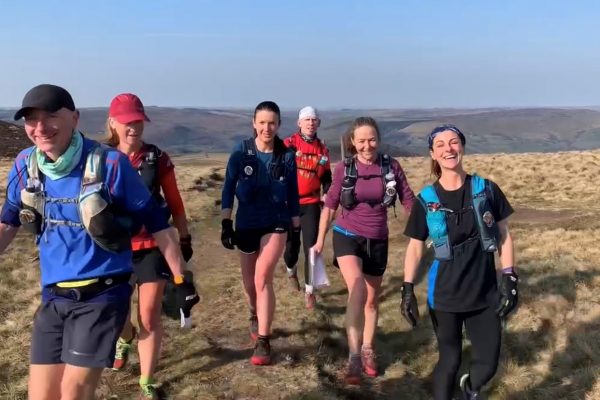 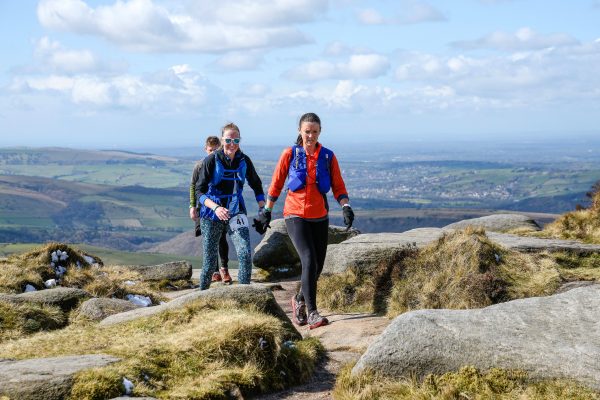