Introducing our Men & Juniors Cross-Country Manager, Rob Hasler – or as we think him 1/4 of #thehaslershow 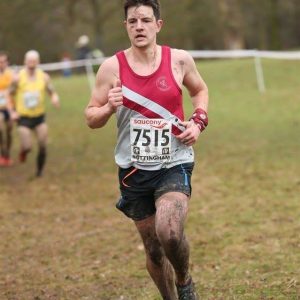 Q1: When did you start running?
Rob: Back in 2011 a friend asked whether I’d like to run the Manchester 10K. I bought a copy of Runners World, downloaded a training plan and got to work. I loved the atmosphere and entered another 10K the following weekend.

Q2: How long have you been a Macclesfield Harrier?
Rob: I joined the club in 2012. I started heading over to Bramhall Parkrun and then realised that I enjoyed the competitive element of running. It was great getting to know other runners, becoming part of a wider community and having weekly (non-racing) races. I joined the Harriers shortly after to start racing officially and haven’t looked back.

Q3:What has been your favourite race and why?
Rob: This is a tough question! I would have to say my favourite races are the ones that are usually the most horrendous when you’re racing them. I think in terms of courses Leek High School in the North Staffordshire Cross Country League was special, it had a killer hill that was lined with cheering spectators. My favourite personal performance was probably at Christleton 5K when I managed to dip under 17 minutes. 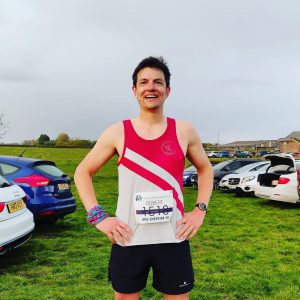 Q4: What does running mean to you?
Rob: Running for me is about meeting people, setting goals and focus. When training is going well, everything else in my life seems to slot together better. It’s a great individual pursuit whether jogging or racing but it’s also a fantastic team sport where your presence and performance can boost the rankings of your team. I also like cake and running and cake go together well.

Q5: Do you have a top tip for other runners?
Rob: As cross-country manager I would have to say come and give cross country a go. It builds strength, stamina and mental toughness while being a great team event. Taking part in a cross-country national event should be on every runner’s bucket list! 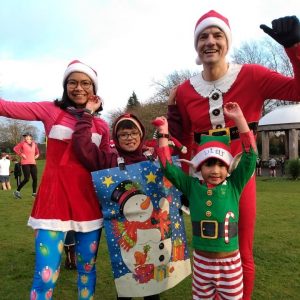 When Rob’s not running, he’s supporting. He is often spotted at Macclesfield Parkrun cheering other runners with his mini support crew.