Introducing Macclesfield Harrier & Superhero, Mandy Calvert. Mandy’s running CV is nothing short of spectacular. Mandy is no stranger to long distance events. She has completed the legendary Dragons Back and the UTMB races. She attained 1st place V50 at UTMB in 2014. Both races feature on the bucket list of most Ultra runners and are considered to be races for ‘superheroes’. Mandy also completed the Bob Graham Round in 2000 and since then has assisted other Macclesfield Harriers in their successful attempts.

Over to Mandy to tell us a bit more about her running journey;

Q1: When did you start running?
MC: I started running for rowing training when I was at University, but only if it was on the training programme! That was back in the 80’s, a long
time ago! I was rowing seriously for several years, one highlight was going to the Commonwealth regatta in 1994 as part of the England team.

I have never had much speed but realised that I could keep going for quite a long time. I think I may be a fell walker who just sped up a bit. I never dreamt that you could actually run in the mountains until I joined Macclesfield Harriers and was inspired to have a go. 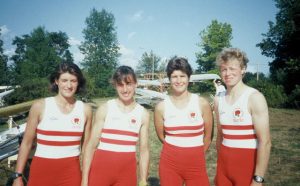 Q2: How long have you been a Macclesfield Harrier?
MC: I joined Macclesfield Harriers in 1998 after I retired from rowing “seriously” I can remember becoming “A Vet” part way through the Staff Moorlands Summer Series.
Colin Ardron and John Kershaw encouraged me to join, and then I met up with Phil Cheek and the other fell runners, who inspired me with talk of doing a “Bob Graham”
Q3: What has been your favourite race and why?
MC: My favourite race has been the UTMB. I first competed in 2004, only the second year and ended up on a medical-drip at Courmayeur! Nothing serious, just forgot to eat enough! I then managed to finish in 2005, 2006 and 2007. The atmosphere was just amazing in those early days and a 100 mile race is so fraught with uncertainty, so much can happen and then there is the weather . . .

It was brilliant to get a place and finish again in 2014 and a bonus to be the fastest V50 woman that year, although the event has grown so big over time and lost a bit of its magic. 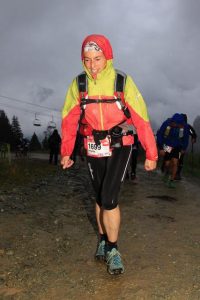 Q4: What’s your favourite running memory?
MC:There are several but mostly doing mad things in the mountains. Doing my Bob Graham in 2000 with Trevor Longman and the late Barry Blyth must rank as one of the best weekends ever. We all got round that day and I think it was the only time I managed to go faster than Barry! I had an amazing support team and it was just such a wonderful experience.

Running the Grand Raid Pyreneen with Steve Swallow and Julian Brown was a pleasure and the spirit of Macc Harriers was strong that day…and night.

The race that I felt most traumatised after was the Dragon’s Back Race in 2012 (billed as the world’s toughest mountain race, it was then a 5 day journey from the North to South of Wales), which I did with Kirsty Hewitson and Mark Townsend. It was fair to say it was a less slick event in those days with no GPS trackers, maps that lacked proper detail, poor communications and an over ambitious course. We were very proud to finish even if we were in last place! The first stop on my way home was Macclesfield A&E to deal with very painful septic blisters and I took a lot of stick at work for having to wear flip flops all week!

Friendships forged in the mountains and with a bit of adversity are very special and last a lifetime. 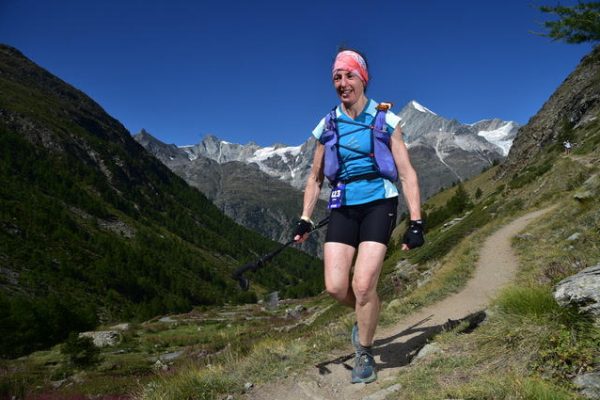 Q5: What does running mean to you?
MC: Running is such a simple activity and something we all can do. I always take my running shoes when I go away from home and have had a few adventures exploring new places, not all of them planned.

Whilst racing can be fun, I most enjoy just going for a run these days. It is a great way to clear the mind, solve problems, see new places and meet new people.  On a cold winter nights it can be difficult to get over the threshold, but there are very few times that I don’t feel better for having  “gone for a run” It is great way of dealing with the challenges that life throws at you.
Q6: Do you have a top tip for other runners?
MC: I have learned as I get older that running is not enough in itself to stay fit and strong, so spending a bit of time cross training and doing some yoga, pilates and strength training is a great investment to run longer and stronger. 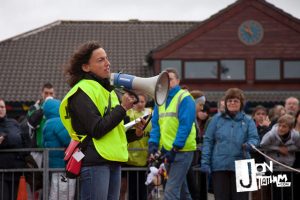 Q7: Anything else you would like to add?
MC: I couldn’t not mention the Macclesfield Half Marathon and latterly RunMaccFest. I am so proud to have led the amazing team of volunteers and helpers from Macclesfield Harriers who worked tirelessly, adapting and changing every year to put on this fantastic community charity event for Macclesfield and athletes everywhere.