This week, we caught up with Macclesfield Harrier and local electrician Fred Wardle, who was just de‘lighted’ (see what we did there ), to tell us what running means to him. 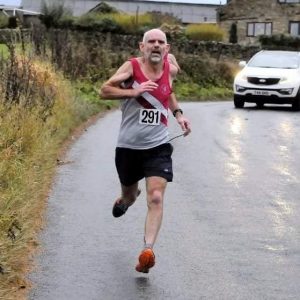 Q1: When did you start running?
FW: Ten years ago I was challenged to do a Triathlon, I’d never done any running at all before and I must admit it was the part I was most apprehensive about.

Q2: How long have you been a Macclesfield Harrier?
FW: I joined the Harriers early 2012, started running regularly with the C group and my running came on quite a bit. Great training, up Buxton Road, Hurdesfield Road, Windmill Street and my favourite on the last Thursday of the month up onto Kerridge Ridge from Tescos. After a long time I plucked up courage and started doing the Teggs Nose run on Mondays in the summer and liked that so much that when it finished for winter, I started running with the fell group.

Q3: What has been your favourite race and why?
FW: My best results running have been in races about 10k and I’ve had most success at Duathlon (cycling and running) but what I’m good at isn’t necessarily what I enjoy most. The Fell Handicap is what I look forward to more than any other, it’s so different to any other race, all running and racing together at the end rather than at the start plus it’s up over fantastic country. When I started running 10 years ago I would never have believed I would be able to do anything like that.

Q4: What does running mean to you?
FW: I like to get out and keep fit just for quality of life but I really love all the camaraderie and mutual encouragement running with the club.

Q5: Do you have a top tip for other runners?
FW: Try different things; long runs, short runs, fast runs, steady runs, track sessions, climbing, flat ones, on tarmac, off road, etc. Most important though is do not be disillusioned if you have a bad run or a bad race, we all have those. 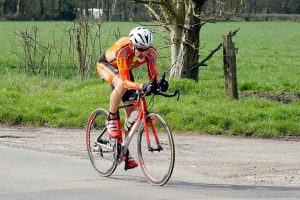 Fred is an example of someone who tries everything. If he is not running with the Harriers he is cycling with the Macclesfield Wheelers. Thank you to Fred for taking part!