Sadly I have to report the death of Fred Lawton – long serving endurance coach and ex official.

He suffered an initial heart attack on the way with his son John to watch his beloved ‘Alti’. He was quickly admitted to Macclesfield coronary care unit and despite seeming to be stable and recovering, he nonetheless had another attack on Monday night and died shortly afterwards.

Fred was an experienced coach and very knowledgeable.  His straight talking approach to training and competition was sometimes questioned, but his aim was clear; you have to put the effort in to get the results you wanted. All he wanted was for athletes to maximise their potential.

He was a good friend and colleague, who alongside Pauline and then Alison formed a strong working partnership over many years coaching young athletes as they progressed through the club.

He and his son John came to us via Handforth W&AE in the late 90s and Fred continued to offer coaching advice and support right through until his death.

He was excellent at instilling strength and core stability into training schedules and in trying to correct any problems that athletes experienced.

He will be missed by all those you knew him.

The funeral takes place on Wed 23 Feb. 10.45am at Macclesfield crematorium, followed by a celebration of his life at the Windmill pub @ Whiteley Green (SK10 5SJ) from midday. 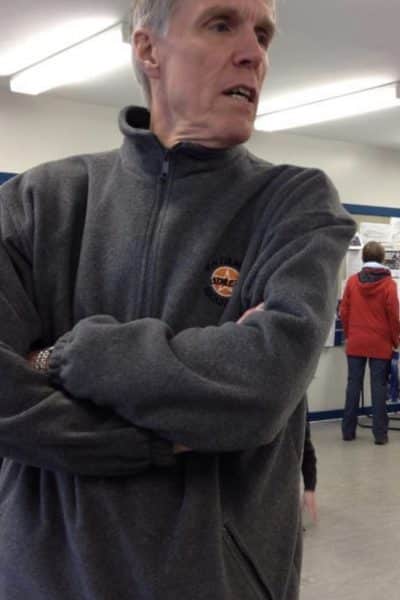