On the back of the success within both the Fell and Trail sections of the club we have decided to harmonise our race series for 2022 as follows.  The aim, as ever, is to increase participation, inclusivity and confidence, but still providing a competitive competition.  In effect this means that if you love to race hard and improve these events will suit you as they all offer different challenges relative to where your fitness and experience are now.  Equally, if you’re more of the mind-set that you like to get involved in running events, have fun from somewhere down the pack and don’t always want to need to rely on a map and a compass, many of these races will suit you too.  We’ve limited each series to 8/9 races with only 4 races required to qualify for each trophy, in order to make it easier for people to participate in multiple competitions.  The race calendar is downloadable below, or available on the club website.

The Local Peaks Series is being renamed the Peaks Trail Series for 2022 as this seems more fitting to most of the races included.  The Roaches and Kinder Downfall are tough and require knowledge of the route, but navigation is relatively straightforward.  The other races in the series are largely marked or well marshalled.  One race that needs to be confirmed is Terry’s High Five, which Emma is still negotiating with the landowner.  If it has to move to the summer it will be in the Summer Series and Cloud 9 will take its place in the PTS.  The CYBI Marathon (Anglesey) has been included in the series, as there are 27 Harriers already registered it was a good opportunity to include something different in the series.  Apologies for those that aren’t already in it – it is full, but there is a waiting list if you are keen.

We’ve also included Lakeland Trails Cartmel, which is the first trail race Tom Whittington ran 10 years ago and is brilliant fun, very muddy, but otherwise marked and draws a wide range of experiences of runners.  There is a choice of 10km and 18km and both are included in the series, though we would urge everyone to have a go in the longer one; the Trail Challenge gives you 3.5hrs to complete it, (it is much easier than the Fell Handicap).  One of the great things about the LT events is there is limited overlap of the different races on the day, which means childcare can be managed if two parents want to run and there are also kids races and a party festival atmosphere.  It’s a great day out.

The High Fell Series (HFS) has minimal marked courses with big climbs has been chosen to encourage more people to have a go.  This year it is based around the Pete Bland Lakes Grand Prix – some of the best races in the Lake District – so you could qualify for both Series’ should you wish.  Most of the LGP races are horseshoe routes of 10-20km and you can often follow paths rather than over very rough terrain.  Obviously being able to use a map and compass is important, but most people that run fell races are not expert orienteers and most of us have at some point just followed another vest (with varying degrees of success!).  We will provide an overview of each race’s challenges ahead of entries opening.

Note that Buttermere has two race lengths (both AL) and both will qualify so go with what you feel comfortable with.  You will need a either Buttermere or Three Shires to qualify for the HFS. Both Coledale and Three Shires are part of Club Fell Weekends away which will be well advertised in the Fell and Trail Facebook Groups.

The Summer Midweek Series is back in its usual format of shorter trail and fell races. Not all races are confirmed yet, so this is currently tbc. 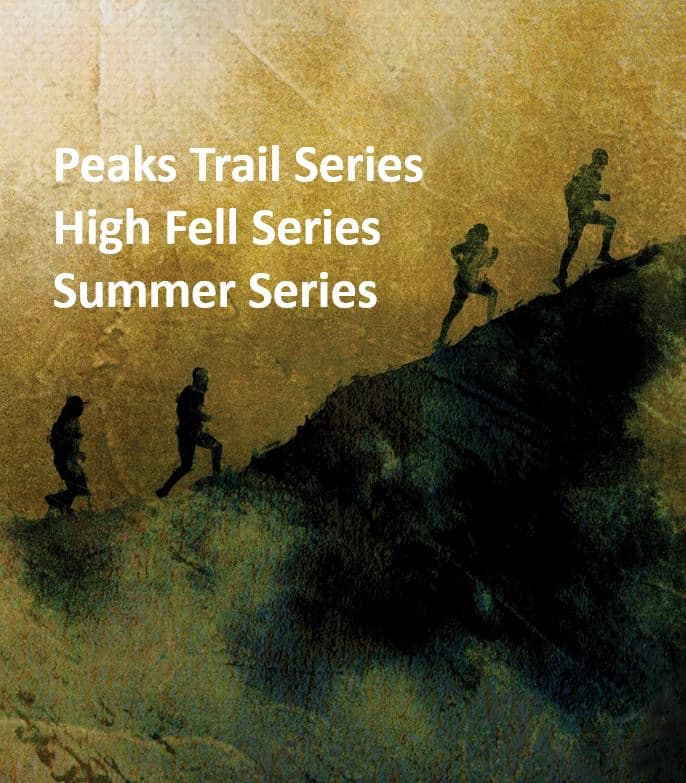